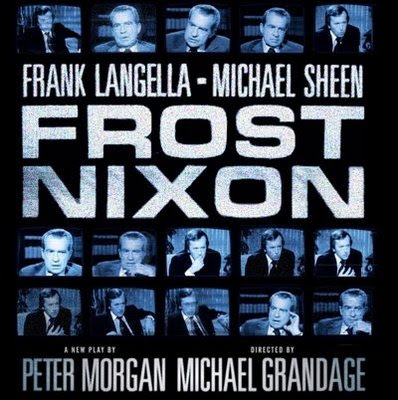 Let it be put on record that I am opposed to titles with a backslash, popularized by the series Nip/Tuck.

I had to get that out.

Having said that, I think I spoke too soon when I said that Sean Penn should win the Oscar for Milk. I'm still convinced he was brilliant in it, but after watching Frost/Nixon the other day and the obligatory Q&A with Pedro which follows any historical film, I was made to realize that whilst Frank Langella does not have the jowls to play Nixon, he certainly had the talent for it.

The movie offered a glimpse of what David Frost did before the historical interview (and yes, he was the Lifestyles of the Rich and Famous presenter) and basically how he initially was on the brink of a career suicide after their first few recordings and then ended up wiping the floor with presidential Nixon during the last day of filming.

Pedro explained what happened in Watergate and Nixon's involvement with the whole mess. It's not difficult to hate Nixon, although there's a lot to be said about a president who sees enough reason to actually resign from his post and not cling onto power until all respect is gone for his office. Obama to learn from Gloria? No, Gloria to learn from Nixon.

A few random observations about the actors:

And the guy who played David Frost, Michael Sheen, also played Tony Blair in The Queen. Is he now THE actor who plays all important British figures? Look closely and squint a little. It's one of those beautiful examples of Conan O'Brien's Celebrity Offspring. 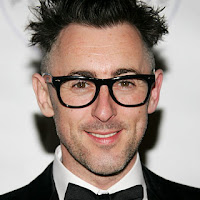 Watch it when you get the chance.